The market town of Oberstaufen is part of the Oberallgäu district and lies at an altitude of 790 metres. It comprises Thalkirchdorf, Steibeis and Aach and is home to around 7,300 people. Stoufun was first mentioned in documents in 868, but it only became part of Bavaria in 1806. In 1853 the town was connected to the railway networks, bringing an economic boost. In 1921 Staufen became Oberstaufen.

Health plays an important role in Oberstaufen. This is also mainly due to the fact that in 1949 a physician introduced the so-called Schroth cure. Since 1959 Oberstaufen has been the only Schroth health resort in Germany. Spa tourism is a very important business branch. Above all, Oberstaufen is renowned for its scenery – it is part of Nagelfluhkette Nature Reserve – and the sheer unlimited opportunities of outdoor activities in both the winter and the summer. There are numerous lifts up the surrounding mountains such as the one to the 1,834 m Hochgrat Mountain, the highest mountain of Western Allgäu. The region features four golf courses, including the highest tee box in Germany. Oberstaufen Ski Resort boasts 40 km of pistes and 100 km of cross-country skiing trails.

Cold, snowy winters and hot summers make Oberstaufen im Allgäu the perfect holiday destination any time of the year. Check out our live webcams for the current weather in Oberstaufen as well as the forecast for today, tomorrow or the weekend. What’s Going on in Oberstaufen in the Winter?

Oberstaufen ski resort features 40 km of groomed ski trails on Mittagberg, Hochgrat, Eineguntkopf (from Falkenhütte) and Hochhädrich, which belongs to Austria. 100km of groomed cross-country trails are a special treat for cross-country skiers and they will definitely also enjoy the 50 km long-distance trail from Alpsee Lake to Waldsee Lake. Häderich cross-country trail (1200 m to 1300 m) is open until the beginning of May. Ski touring, snowshoe hiking, curling, ice hockey or ice skating – there nothing you can’t do in Oberstaufen. 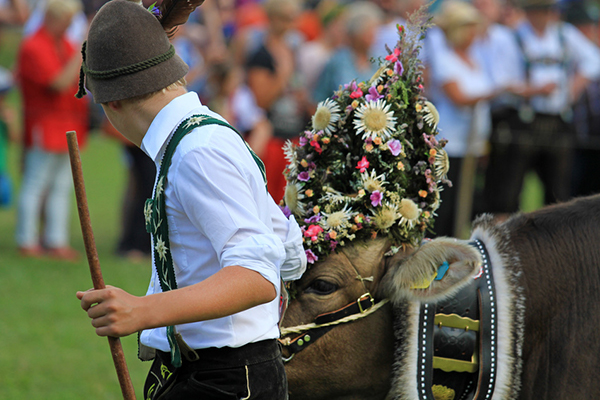 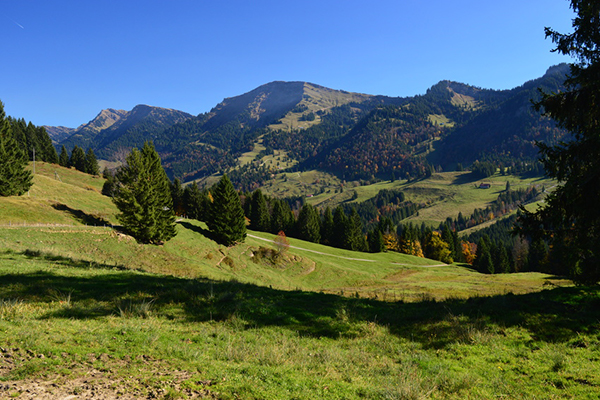 What’s Going on in Oberstaufen in the Summer?

With great hiking trails and awesome scenery, Oberstaufen is a great destination in the summer as well. Hochgratbahn cable car takes you to Hochgrat top station in 18 minutes; from there you walk along the ridgeway or just enjoy the amazing view of the Allgäu Alps. 12 outdoor tennis courts - six in Oberstaufen, four in Thalkirchdorf and two in Steibis – provide perfect conditions for tennis players. A golf club, an adventure swimming pool, an outdoor swimming pool, a summer toboggan run and a miniature golf course complete the offer.

Things to do in Oberstaufen

Oberstaufen holds a number of events, but is most known for the carnival parade on Shrove Tuesday. Visitors to the town should not miss Viehscheid – the return of the cattle from the mountain pastures. Every February Oberstaufen hosts the Winter Triathlon Trophy, comprising running, mountain biking and cross-country skiing.